We all seem to be looking for just the right mix of health benefits to lead a better, fuller life.

While tea has enjoyed an ever-presence within the kitchen cabinets of most Westerners since it was introduced, the past century has often seen it overlooked in favour of coffee. But this trend is seeing a stark chance — more and more, consumers are turning to the timeless Eastern drink as a delicious and healthy alternative.

But it’s not black tea that’s enjoying this explosion of growth: to our surprise, green tea is the true benefactor of this sudden popularity.

As tea traders, our first question was why? One of the clearest answers has been the increasing public interest in healthy alternatives. And when it comes to health benefits, green tea packs an incredible punch. One of the biggest health benefits of all: Lowering your risk of cancer with antioxidants

A wealth of research has been conducted into two particular types of antioxidants found within tea, known as flavonoids and polyphenols. These antioxidants have long been associated with a long, healthy life, but only in recent times has research been conducted into the idea that these might help prevent all kinds of different cancers. They are known to fight and destroy excess free radicals within the body, which are molecules that can cause cancer in both humans and animals.

While it is normal to have a certain amount of free radicals, and while their production is an inevitable part of day-to-day function, sometimes the body produces far too many, increasing a person’s risk of cancer. In this way tea can be thought of as a kind of clean-up tool.

“The cancer preventative effects of tea polyphenols have been demonstrated in a number of laboratory model systems,” state Lambert and Elias in their 2010 study, ‘The antioxidant and pro-oxidant activities of green tea polyphenols: a role in cancer prevention’. “Similarly, the chemical antioxidant effects of these compounds have been well-studied.”

It doesn’t end with cancer prevention, however. Free radicals damage cells and are known to cause the deterioration of many other bodily systems, including vital organs like the heart, and contribute to the ageing process.

This means that drinking tea can have a positive effect on the cardiovascular system and help prevent cardiovascular disease, while additionally keeping you looking younger and feeling healthy. 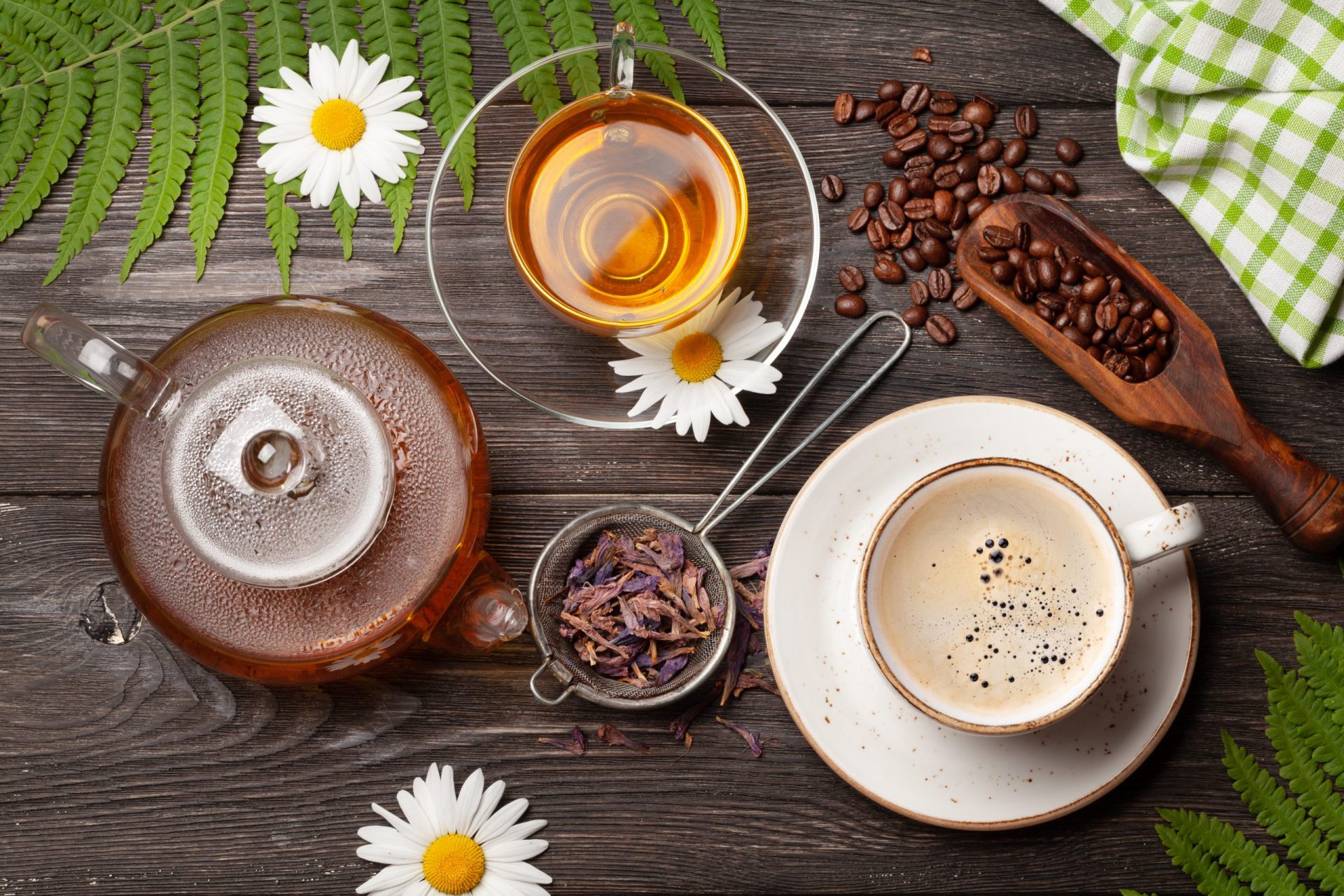 Softer than coffee, yet still stimulating

The caffeine in tea is also worth a mention. In general, tea contains less caffeine than coffee, immediately making it a healthier alternative to those who wish to lower their caffeine intake. Rather than the sudden spike in energy that coffee will give you (followed by the subsequent crash), tea will give you a nice sustained lift.

The caffeine works in tandem with the L-theanine vitamin also found in tea, which will provide you with a steady release of energy and the ability to focus effectively.

While not exactly one of the many health benefits found in tea, the lift that tea gives you can help you work smarter, focus better, and live well. Buddhist monks throughout history have used it before and after meditation to help retain their focus.

The L-theanine vitamin contained in tea is of increasing interest, as it has a number of helpful physical effects on the body. These include the stimulation of several important neurotransmitters: gamma-aminobutyric acid (GABA), serotonin, and dopamine.

GABA is a vital neurotransmitter associated with the human sleep cycle (circadian rhythm), and its presence helps to promote a relaxed state ideal for falling asleep in a timely manner. Dopamine on the other hand helps provide an emotional feeling of contentedness and well-being.

Finally, serotonin is one of the most important neurotransmitters in the human body, which either directly or indirectly influences the brain’s approximately 40,000,000 cells. As a result, it has been related to an extremely wide range of functions, so much so that it is suspected that a malfunction in the brain’s serotonin network may be involved with SIDS (Sudden Infant Death Syndrome).

It is extremely important that the brain continues to produce serotonin in a productive manner, and the L-theanine in tea helps it do this. The health benefits of its consumption can’t be understated.

L-theanine is a vitamin found mainly in plants, and is highest in concentration in tea plants used for creating artisan gyokuro tea in Japan. 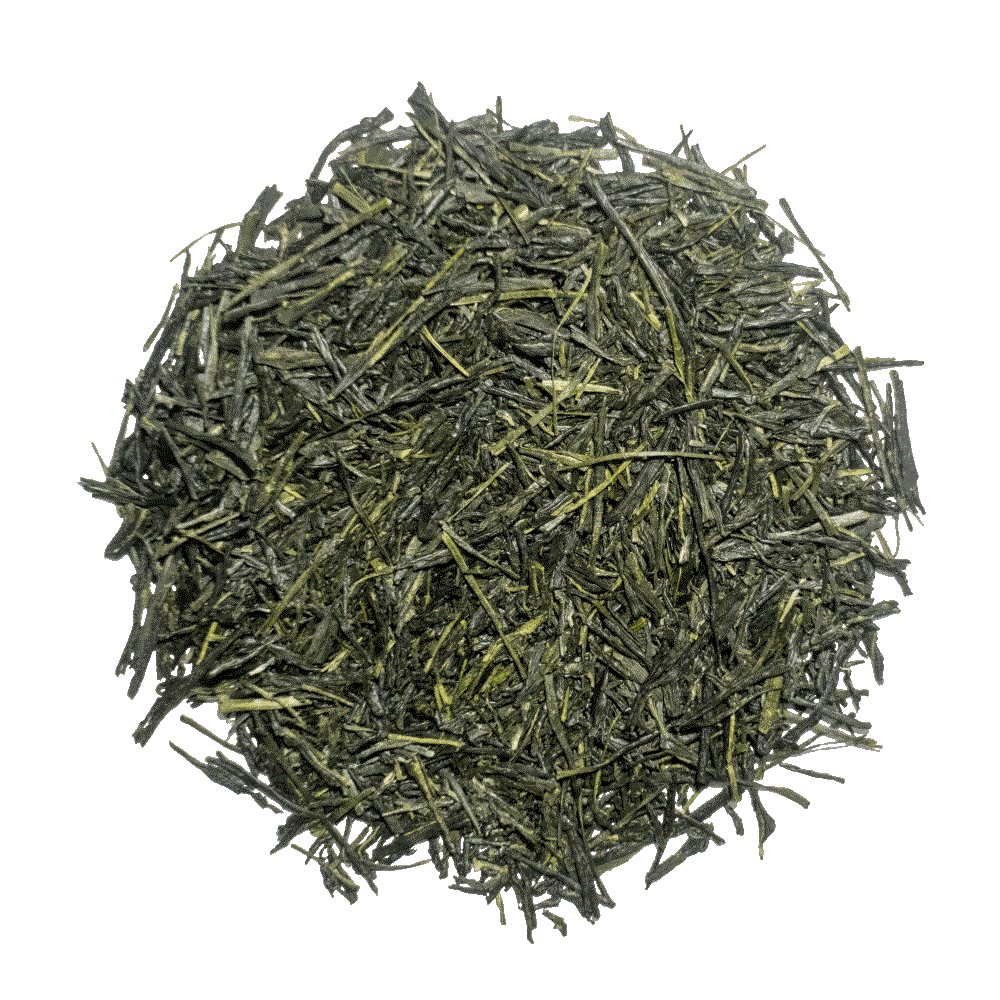 Helping to prevent chronic disease within the body

In addition to the above, tea has shown to have positive effects for the prevention of both arthritis and diabetes.

In a British study, women consuming more than three cups of tea per day enjoyed a statistically significant decreased risk of developing rheumatoid arthritis, and “those who drank tea had a greater bone mineral density than those who did not drink tea”. [Khan and Mukhtar, 2013]

A similar preventative effect was found for type 2 diabetes, with various studies finding that drinkers particularly of green tea were less likely to develop the disease, making it one of tea’s greatest health benefits. The effects of oolong and black tea on the onset of type 2 diabetes, however, reman inconclusive.

So, what should you be drinking?

Ideally, you want to be consuming high-grade loose-leaf tea, as fresh as possible. While green, white, black, and oolong teas all have slightly different health benefits, white tea is the highest in flavonoids and polyphenols, with green tea a close second.

Generally speaking, the less oxidised a tea is, the higher in these antioxidants it will be. And the great part about this is that high-grade loose-leaf green tea is actually much smoother, tastier, and more accessible than many people realise — a stark difference from the machine-processed low-grade green teas commonly available in supermarkets.

Flavour can even vary between type and country of origin, so if one dislikes many Chinese green teas, perhaps a Korean green tea would be preferred? The variety to get the health benefits of tea is endless.

Herbal tisanes (often known as herbal teas) are not strictly a form of tea, as they do not contain any part of the plant camellia sinensis. As such, they do not possess the same health benefits, although many do contain their own types of antioxidants and plant polyphenols.